Premature children encounter too many challenges in the first minutes of their lives. The reason is the immaturity of all organs and systems, leading to the inability of the baby to adapt alone to life outside the womb. It requires special care. The good news is, that in recent years, medicine has undergone significant development. Thanks to this progress, preterm children who previously could not survive, can now be saved and develop as healthy children. The biggest challenge for doctors is treating newborns with a birth weight below 1500 g, and especially under 1000 g. Even if your child is born with such weight, you can be sure that doctors will do everything in their power to make it survive and grow a healthy child.

Premature children have to overcome difficulties associated with breathing, maintaining body temperature, feeding, frequent infections and others. Here comes the role of the medical team of the Department of Neonatology. A "welcome" preparation is done before each premature baby is born –a warm incubator, oxygen or ventilation device, monitor reporting oxygen saturation and heart rate and so on. This is of utmost importance and aims at maximizing the support of vital functions of the baby (breathing, heartbeat) from the first minutes after birth. The primary resuscitation in the delivery room, carried out on unified protocol, is a significant reserve to reduce late complications. Some premature babies (more mature and weighing around and above 2000 g) do well alone and do not require intensive care, prolonged treatment and special care.

They occur shortly after birth, in terms of conducted intensive treatment during their stay in the department. Possible complications are: pneumothorax (collapse of the lungs due to air entering the pleura), pneumonia, anemia, brain hemorrhages, severe forms of infections and others. These conditions of the baby require additional treatment, prolonge the stay of the child in the ward, and increase the risk of late damage. If they occur in your baby the neonatologist will explain what changes have occurred in the child's condition, is there any danger to life and its later development, what measures have been taken and in what approximate time limits an improvement could be expected. More often such complications occur in premature infants weighing less than 1500 g and 1000 g. We will focus a little more in detail on some of them, but if you have any questions about your child's condition, do not hesitate to ask your neonatologist.

During pregnancy, the baby develops and matures progressively until it reaches ability to cope with the life outside the womb. The drastic transition from the "water" to "oxygen" life is an impressive challenge requiring immediate adaptation, involving breathing, circulation, thermoregulation, metabolic balance, renal and digestive functions.

Of all organs that have to adapt to life out of the womb, the lung is undoubtedly one where the start of functioning is most impressive, but also the richest of consequences, due to its effect on the function of other organs. This very efficient respiratory system is achieved through the unity of the factors responsible for the correct anatomical and functional maturation.

Other problems faced by the premature babies are related to:

Major risk factors for the occurrence of complications in premature infants:

Chronic pulmonary disease - develops in part of the preterm children. The incidence of the disease higher at gestational age under 30 weeks and weight less than 1500 g. Children weighing less than 1000 g are with the biggest. 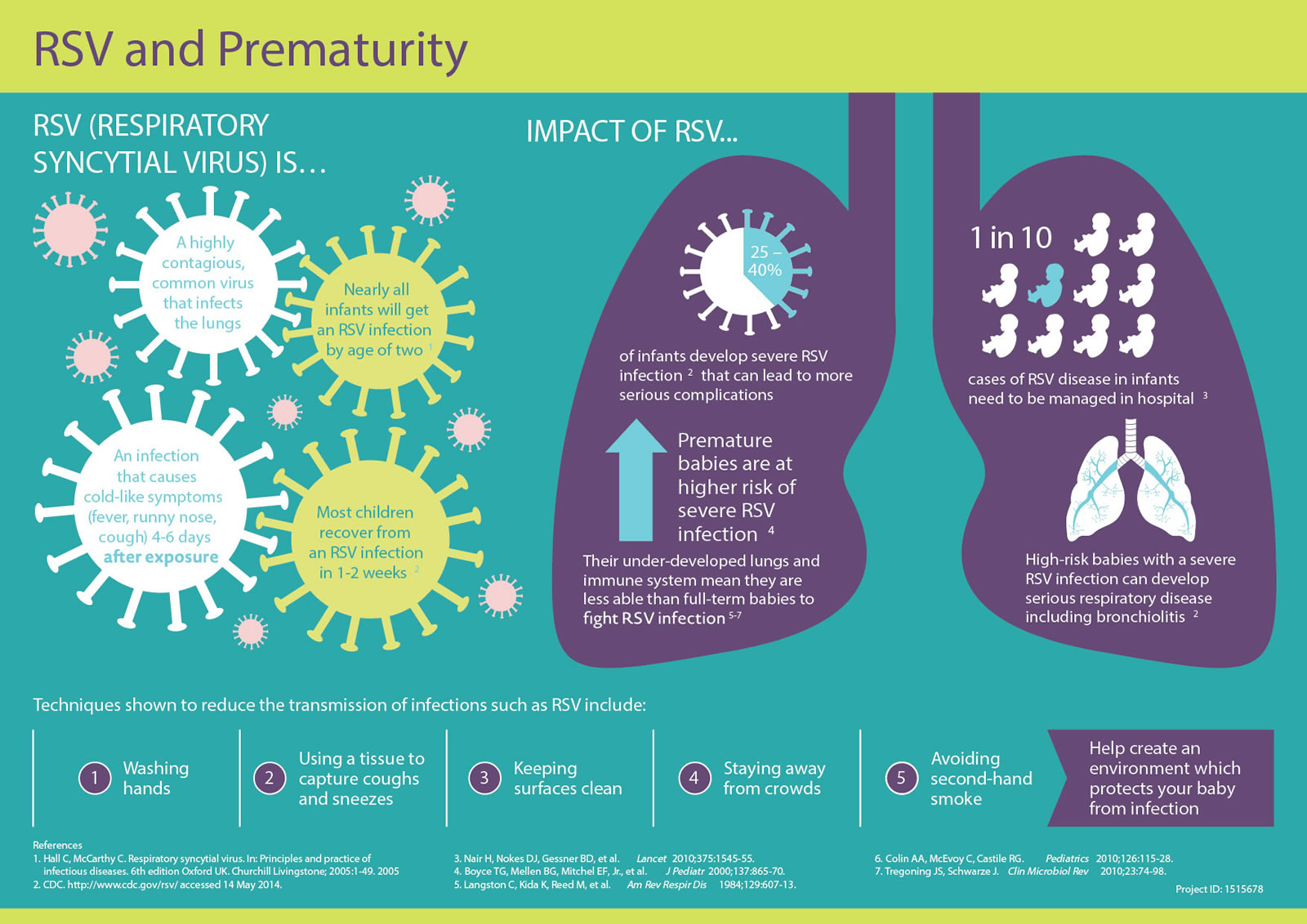 Brain hemorrhages (you will hear them also called intraventricular, ICH, or bleeding in the brain ventricles). The developing brain of the baby has plenty of blood vessels. Sometimes, these blood vessels rupture, causing bleeding in the brain. Short bleeding does not cause long term problems. Bleeding in the brain is classified according to its severity. First and second degree are mild and moderate bleeding - their prognosis is good. The third and fourth stages are the most serious – the late prognosis for them is the better, the sooner the haemorrhage if found out, the better it has been followed up and the timely the treatment was initiated. The increased bleeding can restrict the flow of blood to other parts of the brain, which means that they will not get enough oxygen.

Premature birth is an independent risk factor, especially if it is caused by conditions during pregnancy, leading to fetal distress. Preterm infants (especially with weight below 1500 g and 1000 g) are characterized with immaturity of the brain and brain vessels.

Under an ongoing intensive treatment, the brain of premature babies is very vulnerable due to incomplete development. This creates conditions mostly for intraventricular haemorrhage - unilaterally or bilaterally. Their diagnosis and monitoring begins in the department. At discharge, you will receive information about the condition and the need for check-ups, tests and consultations. The follow-up is clinical and neurological, and with ultrasound examination - TFU (transfontanelle ultrasound). It is performed by a neonatologist and / or a pediatric neurologist.

Formation of brain cysts (the medical term for this problem is a periventricular leukomalacia or PVL). Sometimes, examinations show that parts of the brain had not received enough oxygen. If these parts die, a pocket full of fluid, called a cyst, is formed in the place of brain tissue. How this will affect the baby depends on how many the cysts are, how big they grow, what areas of the brain are affected. This is a specific damage to the central nervous system, typical of premature babies, especially those born before week 31. It occurs in 10-15% of children under week 31 and only in 1% of those over 33 weeks. These changes in the brain may occur before birth, during birth and after it, or later due to various diseases of the child. Again, the main prerequisite for the occurrence of these changes is the immaturity of the brain. The child's condition is monitored by transfontanelleultrasound (TFU). Long-term prognosis depends on the severity of the cysts. In the most severe forms, deviations in the locomotor and / or mental development are expected. This is the most common cause of development of CP (Cerebral Palsy).

Follow-up, treatment and rehabilitation in these children is carried out by a team of specialists: a neonatologist, a pediatric neurologist, a physiotherapist, a therapist, eventually a psychologist. Early start of physical rehabilitation is important to prevent delays in motor development.

The terminology can be confusing. Do not hesitate to ask your doctor to explain the situation in a more simple and comprehensible language.

Retinopathy of the premature baby

It is a violation of the development of the blood supply of the immature retina. has The degree of immaturity is essential for the emergence of retinopathy - gestational age and the weight at birth, taking into account the role of other factors such as oxygen, anemia, infections and others. The disease may go with mild and reversible damage to the retina, but in other cases it could be heavy and requiring treatment. There are five different stages, according to the severity of the disease. Prompt and specific treatment is needed in cases of III-rd to the V-th stage of the disease.

When, by whom and how is the examination performed?

How is the examination carried out?

Basic methods of treatment in the more severe forms of retinopathy are cryotherapy, laser therapy, and surgical treatment. Preventing retinopathy is limited to prevention of prematurity. The most important tool in this disease is the effective screening of premature infants and the early and adequate treatment. The universally conducted eye screening for designated categories of premature newborns is a fact in our country.

It is more often in premature infants born weighing less than 1500 g. Deviations in hearing can be identified by the treating neonatologist or an ENT specialist. The examination is painless and within 5-10 minutes with the respective device. Thanks to the "Bulgarian Christmas 2014" initiative, most NICUs are equipped with specialized devices to examine the hearing of the newborn. This allows for early detection of abnormal hearing and timely treatment.

Anemia of the premature child

It occurs more frequently in babies born before week 32. This is late anemia. It develops at the end of the first month after birth. The peak of the hemoglobin fall is at postnatal week 3-12. It is found with a blood sample requested by a pediatrician or a neonatologist. Prophylaxis and / or treatment with iron preparations, or vitamins is carried out, eventually transfusion, performed in a hospital.

The growth and development in premature children are important indicators to be monitored after discharge of the child. They are assessed against the corrected age (to be read on the day of the term rather than from the actual date of birth).

Untill when to use corrected age?

Monthly assessment of the weight, height, head circumference, fontanelles, in accordance with the growth curves for premature infants. Healthy premature babies go through a period of accelerated growth in the first months. They quickly reach their peers. Children, born weighing less than 1500g, and especially those under 1000 g, can not catch up with their peers in growth until the third year. Follow-up is done by your pediatrician. You have the right to an examination and consultation with a neonatologist either as you wish or a referral by a GP.

They are more common in premature babies.

It rarely requires surgery. It is usually corrected with dressing and subsequent development of the muscles of the anterior abdominal wall.

The incomplete descent of testicles in boys facilitates their emergence. They are often bilateral and quite large, but rarely lead to incarceration (entrapment). Most modern authors recommend early correction of the defect, i.e. an early consultation and follow-up by a pediatric surgeon is mandatory. Your pediatrician or neonatologist will refer you to a pediatric surgeon for check up.

Support us. Make a donation!

If you want to support us our bank acount is as follows:

You can donate through PayPal system. By clicking the "Donate" button you'll be redirected to PayPal where you need to specify the amount which you wish to donate in support of premature babies. The system gives you the opportunity to use credit or debit card.

Welcome to  "All About Premature Babies" website.
This is a project of "Our premature babies" Foundation based in Bulgaria. The book is a result of a team’s hardwork that includes doctors, psychologists, breastfeeding consultants and premature babies parents. The common information about premature babies which you can find here will help you understand better the situation you've been facing.
Please keep in mind that some of the information related to the neonatal intensive care units is prevalent only in Bulgaria.

We hope that this website and the book are going to help you to be more informed, calm and confident. We wish you and your baby best of luck and health.